The medical staff, the heroes of the fight against Corona, attacked by the repression apparatus of the Islamic regime

People will never forget the dedication of the medical staff in the fight against Corona in an anti-scientific government system under the Islamic dictatorship in Iran. In recent weeks, the medical staff are under the most severe anti-human pressure. The Islamic regime has targeted the medical staff's conscience, and by bayonet force, they kidnap the wounded patients from hospitals and clinics, despite the opposition of the treating doctors, and transfer them to the dungeons of the Islamic regime. They manipulate forensic medical records with government orders and steal the bodies of the dead so that their survivors are denied the ceremony. Ambulances are used to transport repressive forces and detainees. They barricade pharmacies and control the distribution of medicines for the wounded. In a word, the Islamic regime violated all international standards with its fascist instructions and actions and even attacked the protest gathering of the medical staff with tear gas and clubs.

In tonight's program, I have a dear guest who is a defender of women's rights and a medical staff living in Dallas, Texas.

Posted by RahaiZan.Org at 9:54 PM No comments: 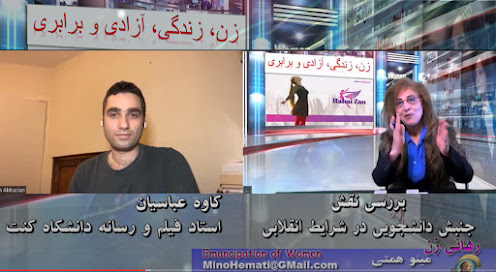 The resurgence of the student movement, powerful and raging all over Iran
The murder of Gina Mahsa  Amini by the Islamic government, created a storm that swept across this Islamized land and swept away the ashes and revealed the fire. After this fateful storm, the fire hidden under the ashes came out of the universities, cities, towns, and streets and squares and ignited the Islamic slavery system. Overnight, the chains of weakness and fear were torn from the hands and feet of female and male students, and the taste of freedom  from the shackles of the rotten Islamic system was tasted. And the promise of what awaits us in our tomorrows was visible in the faces.
From its birth, the Islamic fascist regime tried to subjugate students intellectually and garrison the academic environment by purifying universities and injecting quotas from the Islamic institutions of ignorance and demagoguery, and forming the student militia. But the student movement, openly and secretly, has always been in conflict with the medieval values ​​of the system and has challenged it and has also paid a heavy price. In these four decades, the student movement has gone through many ups and downs. In tonight's program, I have a dear guest who was in the heart of Iran's student movement and emerged from the trend called freedom-loving and equality-seeking students, and is now a professor of film and media at Kent University in England, Kaveh Abbasian, still has a deep connection with the revolutionary movement on the axis of women, life, freedom and equality. In tonight's program, we will discuss the features of the student movement at the forefront of the current revolutionary movement.
*** 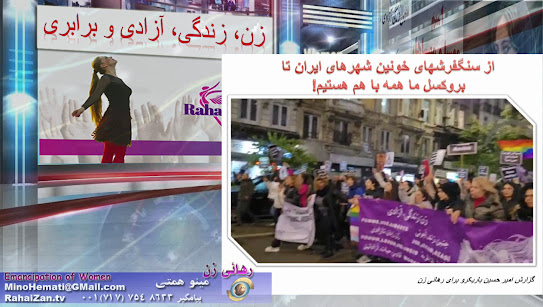 From bloody streets of Iran to streets of Brussels, with one voice we call for downfall of the Islamic Regime of Iran. A report by Amir Hussein Barikro.
#MahsAmini    #stopexecutionsiniran
*** 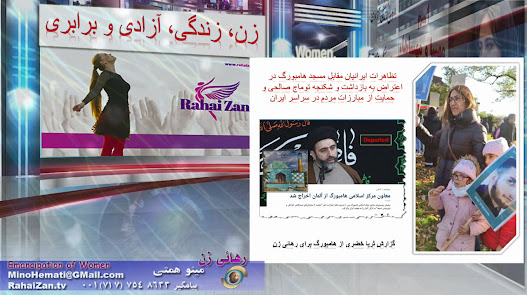 Protests in front of the Hamburg Blue Mosque to demand Toomaj Salehi's release, and release of all detainees. A report by Soraya Khezri
Posted by RahaiZan.Org at 10:10 PM No comments:


From the Ukraine flight lawsuit to the Berlin human chain, the Islamic fascist regime is surrounded by the people

A film by: Joseph Akrami On January eighth 2020, flight PS752 from Tehran to Kiev was intentionally shot down by the Iranian Islamic Revolutionary Guard Corps. Everyone on board was killed. Among the passengers were fifty-five Canadian citizens and thirty permanent residents who were returning to Canada from Iran. Broken by the Wind is an intimate portrait of how this ruthless act of terror has impacted the life of one loving husband and father. 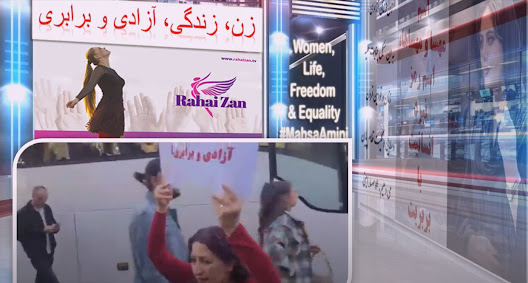 A large crowd of  Iranian gathered,  linked arms in Berlin to support revolutionary uprising in Iran.
Posted by RahaiZan.Org at 11:33 PM No comments: