The world closed its doors to the Afghan people 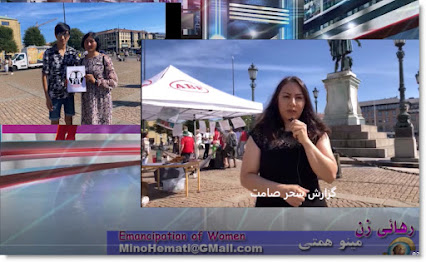 Sahar Samet Speech:
I am Sahar Samet, one of the founders of Cooperation and Solidarity Network of Women of Afghanistan and Iran (CSNWAI).

We are on the verge of the one year anniversary of the fall of the former government of Afghanistan led by Ashraf Ghani and the rise of one of the most extreme Islamic groups and terrorists called the Taliban.

Once again, the fate of Afghanistan, especially the young generation, was pushed towards darkness. Once again, because of superpower's political games, the educated class, especially women, was targeted by the Taliban. But it is these women who, with their street protests, with their struggles in society, have prevented the Taliban and their government from gaining political legitimacy in the world.

As a reporter and someone who has close online connections with these women, I am aware of many things.

Events that get less media attention.

Such as the Taliban's assault and rape of female protesters who are in their detention centers. The same Taliban who consider the presence of women in the society against the Islamic Sharia and have an excuse to exclude women from the society, according to the Sharia law and the Taliban, they subject women protestors on the street in their detention centers to sexual violence and alcohol. They consume and also make a number of other women to dance for them.

The same Taliban who closed schools to girls with their arrival, but their own children are studying outside of Afghanistan in the best schools with very good facilities and with a different identity.

So far, we have seen the publication of photos of a number of people who died of starvation, a man who sold his wife due to poverty, and some are selling their body parts such as their kidneys to survive.

Explosions and suicides are still going on and people are still mourning their loved ones.

Once again, ethnic minorities and others are under pressure.

Due to the closure of transportation routes, medical services and access to medicine have also become difficult.

On the other hand, educated and specialized people have left or are leaving the country, and this causes the social order to systematically disintegrate.

According to UNICEF, more than 10 million children need serious and urgent help in 2022 in Afghanistan.

Now the Pakistani authorities are publicly deciding the political future of the Afghan people and on the other hand Afghanistan is being divided by Pakistan.

The war in Ukraine and the displacement and killing of thousands of innocent people there caused the focus of politicians to go in that direction to compete with Russia, and Afghanistan was forgotten.

Now the hope of the people of Afghanistan lies in these protests so that the political fate of that country and the people of that land may be better. Be saved

Thank you to each and every one of you who participated in supporting the people of Afghanistan.

Posted by RahaiZan.Org at 10:06 PM No comments:

Posted by RahaiZan.Org at 8:16 PM No comments: 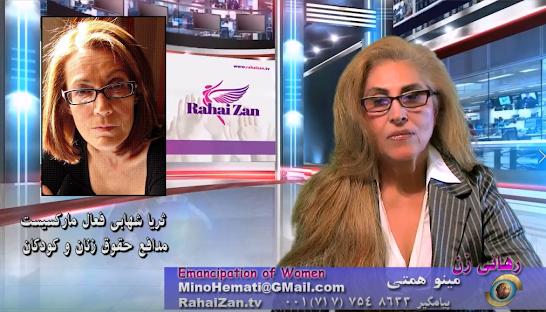 Interview with Soraya Shahabi about new Islamic Law on compulsory Hejab in Iran
Rahai Zan TV (Emancipation of Women TV, a weekly TV program broadcasting via satellite since October 2004 from Los Angeles, Channel One TV (in Farsi) to viewers in North America, Europe, Middle East and Far East. The program Centers on women's rights issues, in defense of defenseless victims of Islamic penal law, women condemned to stoning or other cruel punishment. Producer / Anchor: Mino Hemati
Posted by RahaiZan.Org at 8:49 PM No comments: 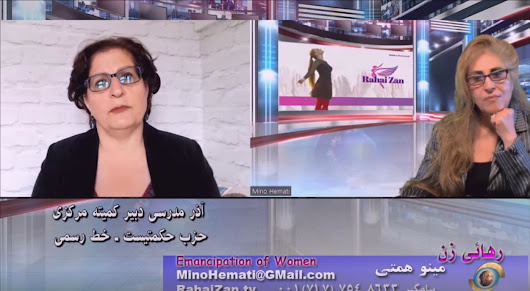 Posted by RahaiZan.Org at 1:33 AM No comments:

Posted by RahaiZan.Org at 10:12 PM No comments: